Jan Peck and her dog, Cosmo

Here are some of my books and a little about them…

Peck gives a Russian folktale an American tall-tale twist in this humorous picture book. Tall Papa Tom and his family set off in their jalopy to attend the Peach Pickin’ Festival. Along the way, Little Buddy Earl yodels continuously. When they reach the peach orchard owned by Cranky Uncle Frankie and his family, they are all sorely disappointed to see that the peaches are scrawny. At this point, the family learns what the observant reader already knows: Little Buddy Earl’s yodeling can make fruit grow. He yodels—“One little peach, / How do you do? / I love cobbler / And yodel-ay-dee-hoo!”—and the peach becomes massive. Eventually, the whole family gets the peach off the tree and heads off triumphantly to the festival. The text is full of alliterations and keeps a consistent rhythm throughout, which makes it ideal for reading aloud. The fact that a child saves the day has obvious appeal as well. The warm illustrations, full of orange and yellow and light, combine with the text to create a feeling of homespun charm. Grades K-3. –Kara Dean

“The book is hysterical! I can imagine authors Jan Peck and David Davis sitting around and adapting Mother Goose into these funny, timely and skillfully mastered rhymes…with enviromentalism in mind.”
Early Childhood Blog: www.tbe.org.

Children mosey down a Western trail in this adorable rhyming story. As Jan Peck introduces a variety of Western critters to her young readers in this fun and lighthearted adventure, racing roadrunners, stinky skunks, and digging armadillos come out to play. Herb Leonhard’s fantastical illustrations bring to life the rugged landscape of the West as it is explored through a cowgirl’s imagination.

“Find treasure more valuable than anything, even gold! “

Hidden deep in a cave, high on a cliff, past the lagoon is a secret pirate treasure, and Captain Dare is inviting readers to help him find it.
This interactive journey brings out the seafaring scoundrel in everyone.
Children repeat the orders of Captain Dare as he leads them on a treasure hunt unlike any other.
For exciting programs using Pirate Treasure Hunt! See my presentations page.

Books for the youngest scientists!

A finalist for The Institute of Texas Letters and Friends of the Austin Public Library Award for Best Children’s Book.

Way Down Deep in the Deep Blue Sea has sold  in paperback and audio from Scholastic Book Clubs. 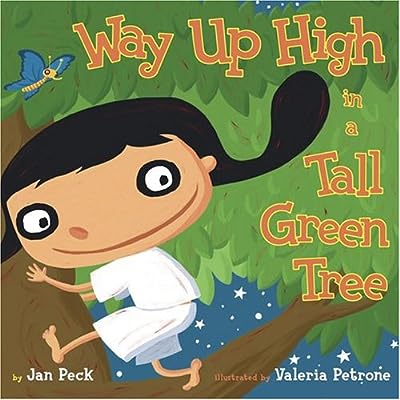 “A delightful variation of the folktale ‘The Turnip.’ This tale begs to be read aloud . . . a fine, humorous sense of story . . . a succulent story to savor.”

This site uses Akismet to reduce spam. Learn how your comment data is processed.